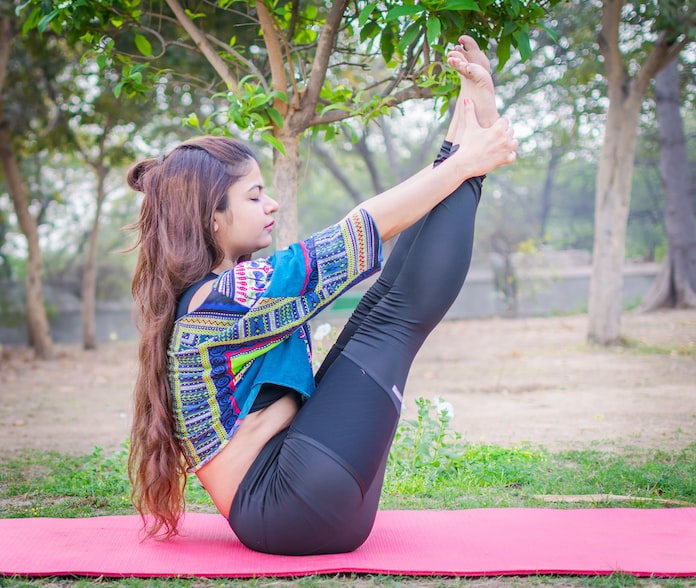 When I decided to start doing yoga, it was merely for the physical benefits. I knew it would make me stronger, more flexible, and give me a nicely toned booty and abs. But what I know now about the practice of yoga is that it’s more of a spiritual quest rather than a physical one. You will begin to understand that there are two worlds we exist in, the spiritual and the non-spiritual, and will start to recognize the differences between the two. You will achieve emotional stability and mental clarity, inner balance, and insight into who and what you truly are. Yoga is a way of being, it’s a lifestyle passed down to you from over 5,000 years of history. Almost like a guide to help you live a happy and fulfilling life, to keep you in constant flow.

Yoga is not a religion, but rather a philosophy, and a huge part of Indian tradition. The practice of yoga has Hindu roots and is thought to have first been passed on by Lord Shiva, to his wife Pavarti. It is regularly mentioned throughout ancient Indian scriptures called the Vedas. The actual word “yoga” comes from the Vedic Sanskrit word “Yuj” which means “union” or to “join” or “unite”, signifying the connection between mind, body, and spirit.

The poses are called asanas, each having a specific effect on the body and mind. Physically, you will gain greater strength and flexibility, as well as increased endurance, more tolerance to pain and improved blood circulation. Mentally, the poses will help you focus and be single minded so that you can achieve mental calmness and clarity.

There are many poses and variations of poses in yoga. There are sitting poses, standing poses, laying down poses, even standing on your head poses. Each pose is targeted to have a specific outcome. There are poses to increase sex drive, lower blood pressure, relieve stress, boost energy, reduce cramps and PMS, there is a pose for everything. The more you practice the yoga poses that you like, the faster you will begin to feel balanced and physically, emotionally, and mentally healthy.

A series of poses that I learned first was a variation of poses called the “Sun Salutation”. It is a series of twelve poses, made up of forward bending and backward bending postures. This variation will help pump blood through out the body, as well as increase digestion by increasing your intake of oxygen. It’s a great way to help your body detox and get rid of daily toxins.

BEd holders can go to the Supreme Court to challenge the decision of the High Court, the result of REET can be long |...